Kennedy Wilson completes sale of Colossus 1 and 2 for £16.1 million

On behalf of Kennedy Wilson, Savills has completed the sale of two prime distribution units, Colossus 1 and Colossus 2, at Eurocentral, to Blackstone’s Mileway platform for £16.1 million, representing a net initial yield of 5.95%. 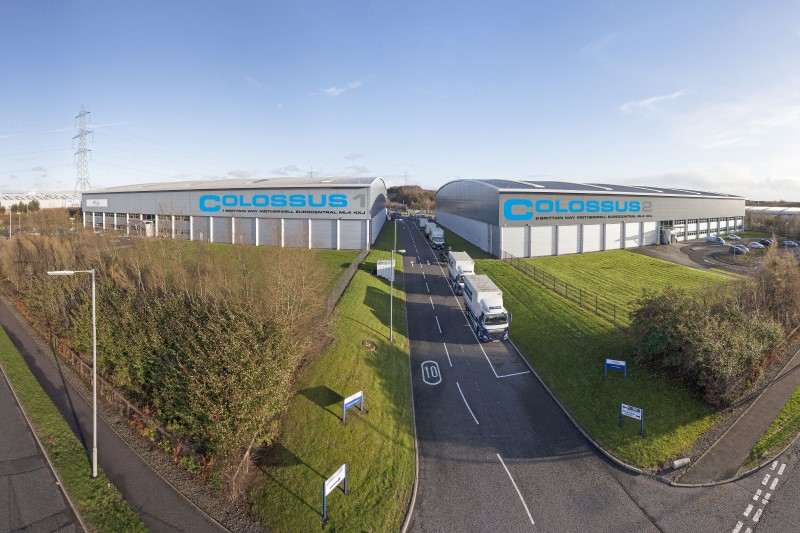 This was Mileway’s first acquisition in Scotland.

Stuart Orr, director in the investment team at Savills in Glasgow, said: “We are pleased to complete on the sale of Colossus 1 and 2. The supply shortage in units of this size and quality has led to vacancy rates hitting the lowest level ever recorded in 2019 at 5.55%, adding to the attractiveness of the asset class in Scotland. This is evidenced by letting the unit during the marketing period which ensured an enhanced capital receipt for our client.”

In November, Savills secured the letting of Colossus 2 to Hermes Parcelnet, one of the UK’s largest parcel delivery companies, in what was 2019’s largest letting in Scotland.

It sits next to Colossus 1 which was leased to Wincanton in 2018 by Savills. Both occupiers are now situated immediately adjacent to Lidl’s vast Regional Distribution Centre which totals 650,000 sq ft.

Ross Sinclair, director in the business space team at Savills in Glasgow, added: “Large,  well-specified, and conveniently located warehouses are achieving strong demand from occupiers. These qualities attracted Hermes Parcelnet to the building as they expand in Scotland.”

Eurocentral is a large mixed-use business park located 11 miles to the east of Glasgow and 31 miles west of Edinburgh. It has an on-site freight terminal and situated adjacent to Scotland’s main motorway. Other occupiers on the business park include: Eddie Stobart, DHL, XPO Logistics, Hovis, Amazon, and many more.

LSH acted for Hermes on the letting and MSeven acted for Mileway on the investment acquisition.