Martin Ewan: The oil price boom and what its implications for the north east 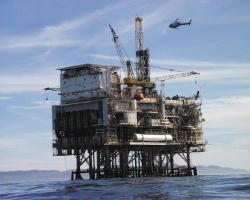 Martin Ewan discusses the oil price boom and the potential consequences for the north east of Scotland.

I am old enough to remember several phases of oil and gas here in the Granite City. The cyclical nature of the industry meant the ‘boom’ times, with high prices and increased activity, were often followed by leaner periods with questions asked about the future of the industry in the region.

Well, right now, we have an oil price of over $100 a barrel and major oil companies are reporting bumper profits, including BP’s announcement that it made over $6.2bn in the first quarter of 2022 and Shell’s comparable profits of $9.1bn. The financial picture for these companies is so healthy that it has led to calls from the Labour Party for a windfall tax, which, at the time of writing, the Chancellor has not yet definitively ruled out.

This is a far cry from the image of a cowed and chastened oil industry that we were presented with during the latter part of 2021. The global pandemic had depressed energy demand and the political momentum behind the climate change lobby seemed irrepressible as COP26 dominated the headlines. However, with global supply-and-demand swinging back out of kilter, driven in part by the geopolitical implications of the conflict in Ukraine, the oil & gas industry is once again on the rise here in the north east.

What we do next will be absolutely crucial to the future of our region. The oil & gas industry, which has been a major engine of prosperity for Aberdeen city and shire, and its citizens, can use the economic dividends from this up-tick in commodity prices to bank-roll a deep and sustainable energy transition. By doing this, we can cement our region and people at the heart of the energy revolution.

Falling back into the old ways of doing things is not tenable.

The North Sea Transition Authority has “holding industry to account on halving upstream emissions by 2030” as its mission. That cannot be achieved by simply reducing the amount of North Sea oil & gas production – especially when the issue of the security of the UK’s energy supply is brought into such sharp focus as it has by Ukraine. It must involve technological and process innovation at an ever-increasing pace.

The scale of ambition shown by the Net Zero Technology Centre has been impressive. It has positioned its TechX Clean Energy business accelerator programme to attract cleantech entrepreneurs from across the world. These include technologies at the very edge of innovation, in sectors such as carbon capture, renewables, zero-carbon fuel production, robotics and battery tech.

Our two local universities will play a key role in the research activities that will drive some of this innovation, and also perhaps more significantly – will act as a longer-term talent magnet for the region. The launch of Aberdeen’s Energy Transition Zone (ETZ), supported by the private sector, with government and philanthropy, aims to create an integrated industrial cluster, focused on delivering net zero.

If we can get all these ingredients right, then the north east can become home to a global supply chain of energy tech, cleantech and renewables activities for future generations. The projected numbers around the ETZ include the creation of 2,500 direct jobs. We sit at the edge of the most momentous opportunity for a generation. That in itself is exciting – and we can all embrace the prospect of honouring our cutting-edge oil & gas legacy by leading the energy transition with its obvious economic and environmental returns.

Martin Ewan is a partner at Brodies. This article first appeared in The Press and Journal.