Kingdom Housing Association’s Nick Pollard discusses whether the law regarding Mid-Market Renting in Scotland is outdated, counter-productive and detrimental to the affordable housing sector and its tenants and participants. 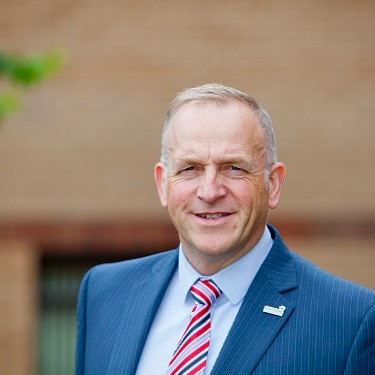 The Housing (Scotland) Acts provide for the development of Mid-Market Rented (MMR) properties. These properties are let at rental levels which are higher than social rents, but lower than market rents; normally at a level, or within a range, which is calculated and set in accordance with the Local Housing Allowance. They are intended for people who find difficulty accessing social rented housing, buying a property, or renting privately.

In many cases, it is working families who do not have specific needs, enabling them to get to the top of the housing list, and who find that their incomes that are not wholly benefit based but are insufficient to afford private rented housing or for that matter buying a new home.

The current legislation is such that Scottish Secure Tenancies (SSTs) can only be granted by Registered Social Landlords (RSLs) and Local Authorities, and that every other form of tenancy that is granted is a Private Rented Sector (PRS) tenancy agreement. RSLs are not allowed to grant a PRS tenancy agreement. As a result, when developing MMR properties an RSL or an LA has to create a non-registered trading company to enable it to grant a PRS. This is normally effected by setting up wholly-owned subsidiaries in the case of RSLs.

The paradox, however, is that the Scottish Government, quite rightly, considers that in order to meet its affordable housing target of 50,000 homes by 2021, it fully supports the development of social housing and other forms of affordable housing; including MMR, with grant subsidies.

The intellectual and legal gymnastics that have to be overcome in respect of this are interesting but quite challenging; not to say perverse. For example, an RSL may develop a site of mixed tenure with six properties for social renting and six properties for MMR renting; in effect a balanced site that is creating sustainable communities. The RSL will receive funding for the social rent properties and funding for the MMR properties from the Scottish Government; albeit at different levels, reflecting the higher rents and the greater share of build cost being met by private finance in MMR.

In order to complete the development, however, the RSL is required to set up a separate company to enable the granting of the MMR tenancy, a PRS. In doing so, the RSL must also enter into a lease with its new subsidiary to facilitate the new subsidiary being the PRS granting landlord. A management agreement is also required, either between the RSL and its subsidiary company, or between the RSL and a third management party.

The alleged benefit to the RSL is that social housing assets, which are publicly funded and occupied by social tenants, are protected from the risk of MMR tenancies. In addition, that as most RSLs are charities MMR is a non-charitable activity and therefore potentially in breach of their objects. But are they really, and what benefit is derived from this situation and set up?

The legislation implies that MMR letting activities are inherently riskier and different to RSL activities, and at the heart of this matter is that MMR tenants are as deserving as social housing tenants. In many cases they are what has been referred to as “the working”, or “working poor”, as they have low incomes, have faced pay freezes and have seen income constraints similar to social renting tenants.

Looking at the housing activity itself, one may well ask where is it different? It is property development management, and maintenance, as it is for social rented properties, in the same manner as it is for MMR properties. There is inherently no difference and no risk differential involved, which is material.

In terms of the charitable rules, it is quite clear that it is not trading for profit and that the activities are affordable housing activities delivering to client groups who meet many of the tests of charities’ objects. It is perhaps therefore unlikely that it would be viewed as non-charitable activity and therefore be in breach of RSL charitable rules.

As we have seen, in order to facilitate the new RSL subsidiary letting the MMR properties on PRS tenancy agreements, a lease between the two companies has to be entered into. This creates a somewhat artificial position of the rent at which the RSL leases properties to the subsidiary being sufficient to cover the development and private finance costs, but being less than the rent to the MMR tenants in order to cover the subsidiary operating costs. In addition, there are legal costs with establishing the subsidiary and of course such a lease, not to mention management agreements.

As the RSL is the borrower in developing the MMR properties, the MMR properties are on the statement of financial position (balance sheet) of the RSL, not the subsidiary, and therefore the risks remain with the RSL regardless of the PRS tenancy agreements in which case is the RSL protected? It’s unlikely that will make any material difference to lenders or investors in the sector.

Establishing a subsidiary brings with it all the attendant issues of VAT status, internal and external audit, legal services, policies and process management as well as service level agreements between the RSL and the subsidiary as one is unlikely to employ staff to manage six MMR properties, as per our example.

One of the biggest hurdles is populating and managing a separate governing body as this will undoubtedly involve using some of the RSL governing body members, further drawing on their voluntary commitment, but potentially nonetheless obtaining “independents” on the board of the subsidiary – which is already a big ask for many RSLs for its board let alone a subsidiary company.

Finally, does the separation of PRS being granted by a subsidiary company actually reduce risk? Perhaps the question is, should a blunt tool be used in such a way to minimise risk? A rational way of regulating diversification risk is to take a view on the diversified activities of an RSL.

If an RSL has, say, more than 10% of its income from a diversified activity, and that activity is not consistent with its core objective, property management and maintenance, then a value judgement should perhaps be drawn as to whether it represents a material risk rather than the current binary approach.

One may argue that MMR is low risk as it is a core objective and that activities of up to 30% would not be out of kilter with a mature approach to RSL financial regulation and activities, especially given the financial construct.

The legislation is the outcome of a costly historical anachronism that requires reform to achieve a more mature and transparent way for the future. Let us hope that when the “next” Housing (Scotland) Act comes up for review, as it undoubtedly will, such review will remove significant barriers to MMR development, enable efficiencies, and address the cost of providing MMR properties through the provision of services from one entity, the RSL as constituted, and thereby reduce legal costs, reduce the pressure on creating governing bodies for presentational purposes, rather than real risk purposes, all with minimal change to the reality of the financial risks to RSLs, lenders and investors or more importantly their social tenants or the MMR tenants themselves.