Paul Reilly: Glasgow’s West End property market has lost none of its allure 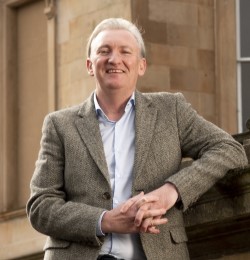 Paul Reilly, director in the Glasgow office of DM Hall Chartered Surveyors, says the residential property market in the West End of Glasgow is losing none of its allure, with quick sales and rising prices.

The west end of Glasgow is, in normal times, variously described as busy, buzzing, vibrant and active and, as we segue out of Covid times, all these adjectives could equally be applied to the local property market.

There is no question that confidence is high. Any of the hesitancy, doubt or uncertainty of the past year has been banished by the easing of restrictions, the return to school and the spirit-lifting success of the UK’s vaccination programme.

While there have been some sustained periods of frenzied activity since last March – as well as some lockdown sloughs of despond – the demand at the moment is exceptional, with agents reporting a hotly-contested and extremely competitive environment.

If a property is the right size – which is increasingly important – and ticks all the right boxes in terms of condition and locale, buyers will beat a path to its door. It is not unusual to have multiple viewings lined up for a desirable flat.

A continuing lack of supply is leading not only to large viewing numbers, but also to multiple offers, in sums well over Home Report values, and with quick closing dates. In fact, it is rare to see prices achieved which are not comfortably beating their estimates.

The momentum is driven above all just now by the desire for more floor space, be it an extra bedroom or an additional room which can be used as a study. Although restrictions may be lifting, there is a sense that there is no end in sight to working from home.

For the same reason, gardens, parks and nearby open space are also high on buyers’ list of priorities – all amenities with which the west end is singularly well endowed. The Jordanhill area remains highly desirable as ever and is benefitting particularly from this latest WFH imperative.

Clearly, in the stampede for space, larger flats are very desirable, but that does not mean that the desirability of smaller properties has waned.

On the contrary, simply because the west end is seen as such an attractive place to live, those properties freed up by the upwardly mobile are quickly snapped up by buyers from outside the area, maintaining a healthy turnover.

Traditionally, there has also been a progression from the west end to Bearsden and Milngavie as families grow, and we can expect to see this migration speed up this year, though supply in the leafy suburbs is similarly constrained.

Of course, it is a disappointment that Scotland has not followed the UK Chancellor’s lead in extending the stamp duty holiday, but the impact of that Holyrood decision on the local market is likely to be limited.

The urge to move will almost certainly overcome reluctance to stump up an extra in tax, and buyers will bite the bullet. However, it would not be surprising to see some of the more exuberant offers which have recently been made trimmed back as people cut their cloth accordingly.

In general, the market is very buoyant and is likely to remain so for some time to come, barring unforeseen geopolitical events. I think we can be confident that the west end is losing none of its allure.