Peter Graham: Litigation lessons from a Pirate of the Carribean 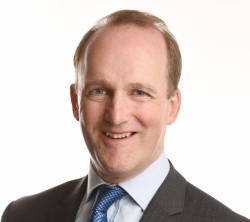 Last week the newspapers reported the judgement in the case of Johnny Depp’s libel action against News Group Newspapers.

The actor had sued the publisher of the Sun for an article which labelled him a “wife beater”. Mr Justice Nicol stated in his decision that the allegations published by the Sun and News Group Newspapers were substantially true.

Depp took it as a ‘given’ that he was not a “wife beater” but Mr Justice Nicol disagreed, and the actor is now reportedly facing a £5 million legal bill. Perhaps this is easily affordable to somebody who may have a few treasure chests tucked away. According to Depp, this case was never about money and was only about reputation.

However, the consensus from commentators on the case is that the dirty laundry washed in a public Court in July this year, and widely reported in the media, will have a far greater and far more lasting and damaging impact to his reputation than the original article published in the Sun.

Who knows how many millions Mr Depp might lose out on as result of being branded a “wife beater”. There are many well considered and wise commentaries from eminent legal professionals on what could have been done differently which would have resulted in considerably less cost, far less damage to reputation and furthermore may even have repaired some of the initial damage resulting from the original article.

As forensic accountants, we quantify losses on a sound, realistic, defendable, and robust basis rather than hope to believe it is a very big number.  Truly believing the very big number - rather than a realistic number - is a ‘given’ can mean a client is less likely to settle and could be left facing huge costs when a judge decides that the ‘given’ is not true. In this instance a legal team’s reputation as professional advisers may come under the spotlight, through no fault of their own.

Most individuals and businesses may never have to contemplate litigation to defend reputation but there may well be occasions when litigation is considered as an option when trying to enforce a contract and recover losses, or to recover diminished value of an asset.

By bringing together legal advice on the strengths and weaknesses of a case with expert assistance from an experienced forensic accountant to present a realistic and thorough understanding of the quantification of losses, the litigating party will have solid financial information to decide whether it may be better to compromise and possibly settle a case, rather than go the expense and risk of a proof.