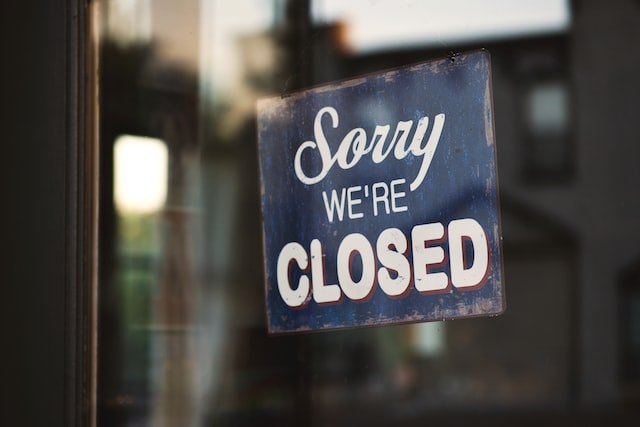 Store closures by multiple retail operators have stabilised to the lowest rate in over seven years but openings have yet to recover to pre-pandemic highs, suggesting retailers are exercising strict caution in the current trading environment.

This is according to PwC’s latest Store Openings and Closures report for H1 2022, developed in conjunction with The Local Data Company.

Closures have seen an accelerating trend since the mid 2010s, driven primarily by the shift to online retail and services such as banking and post offices. However, this was offset to some extent due to the rapid rollout of leisure operators, such as casual dining restaurant chains and coffee shops.

PwC saw a rapid shake out during the pandemic (2020 and 2021), predominantly affecting retailers who had overexpanded, such as restaurant chains, and those which had not adapted their operating models to omnichannel - notably fashion. In the current landscape, the shake out has now happened, meaning a sharp deceleration in closures by almost half compared to the pandemic at its peak (34 closures per day H1 2022 vs 61 closures per day H1 2020). Openings, on the other hand, have stabilised but are yet to start showing signs of any notable increase (21 openings per day in H1 2022 vs 32 per day at its peak in H1 2017).

The spread of closures between regions are also at their lowest for over seven years - with the East of England and the West Midlands at -1.4% compared to the North East and South East at 0.8%, showing a reversal in the trend of the last two years of higher closures in more urban areas. London in particular, which saw -3.3% net closures in H1 2020 and -2.9% in H1 2021, has seen net closures improve to -1.3% this year, as the trend to working from home has stabilised.
Leisure operators make up three of the four fastest growing categories in the report, each for varying reasons:

Takeaways have been boosted by the growth of home delivery, which has made stores more viable. Additionally, strong, branded chains are often franchises - which can be owned and operated by local entrepreneurs. Complimented by the ability to operate throughout lockdowns and the pandemic, there are strong brands meeting emerging consumer needs - which are ripe for growth.

Restaurants have been one of the worst performers in the past three years. While administrations and restructurings closed many branches of large chains en masse, new chains have been able to expand quickly into empty spaces and take advantage of lower rents and pent-up demand post-lockdown.

Elsewhere, structural decline in some categories shows no sign of letting up. This year’s report sees only four categories seeing a 100+ net decline in units. Banks and financial services (199 net closures) have featured in the top 10 fastest declining outlets for the past seven years, except in 2020, when they were eclipsed by other retail categories at the outset of the pandemic. Longer term withdrawal of physical branches, combined with the shift to online banking and digital services is likely to see this trend continue.

Historically, charity shops (199 net closures) have been able to expand into vacant retail space. But this is contrasted with two issues which they have been unable to avoid: the shift online for shopping and emerging digital marketplaces for pre-loved items; and staffing issues due to a typical reliance on older volunteers.

Lisa Hooker, industry leader for consumer markets at PwC UK, said: “A reduction in closures and growth in openings give some reason for optimism, but any positivity must also be viewed alongside the significant concerns over the rising cost of living and how it will impact people’s ability to spend.
“In addition to pressures on consumer demand, we mustn’t also forget that increasing utility, input and labour costs will significantly affect the viability of all high street businesses.

“While the outlook is better than it was during the height of the pandemic, it’s worth noting that the numbers still show a decline, with our net numbers equating to 12 closures a day in the first half of this year. Added to that, retail footfall remains 10-15% below pre-pandemic levels and openings lack momentum - particularly outside leisure.”

She continued: “With soaring prices for food, petrol and utility bills, inflation at a 40-year high and the Bank of England warning the UK will fall into a prolonged recession at the end of this year - this will impact everyone, and is only expected to deepen. We’ve already seen it impact Consumer Sentiment this year, and retailers and operators must help consumers mitigate their financial challenges now, while protecting themselves from the financial squeeze.

“While shopping behaviours have changed, the high street has stood the test of time, with a post-pandemic bounce back and our research indicating that the younger generation has more affinity with shops than perhaps expected. But it remains in a state of transition, and cosmetic interventions alone will not succeed.”

Ms Hooker concluded: “Success is also likely to depend on the focus of a new Prime Minister, and how they intend to help high streets. Business rates, for instance, will be a critical area for operators, and it will depend on how they are reformed in the near future (if at all). To truly level up, the challenge for local leaders - working with businesses and communities - is to create places that work for all those who visit, live or work there.”