RBS profits drop in first quarter of the year 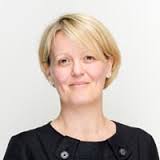 Profits at the Royal Bank of Scotland have halved in the first quarter of this year as the bank allocated £802 million to accommodate for a rise in loan losses stemming from the coronavirus pandemic.

RBS posted pre-tax profits of £519 million for the period, down from £1 billion the previous year, just ahead of the £415 million average of analyst forecasts compiled by the bank.

The state-backed bank beat expectations thanks partly to a 9% gain in core income from increased trading in volatile markets at its previously loss-making investment bank NatWest Markets, helping support a fall in its retail business.

RBS is the latest bank to post a drop in profits, as earlier this week Barclays and Santander released results highlighting a poor performance.

Profits at Barclays have dropped by 38% with Santander’s net profits plummeting by 82% year-on-year during the first quarter.

In announcing its Q1 2020 results, the bank also revealed that it would be winding down its digital bank Bó as a customer-facing brand. RBS said that Bó would be merged with its other digital brand Mettle.

Commenting on the results, RBS chief executive Alison Rose said: “Every person, family and business has been affected by the current situation and normal business activity has been severely impacted.

“We are putting our purpose into action and I am proud of how we have responded, providing our customers, communities and colleagues with the support they need.

“Although the outlook remains extremely uncertain, we approach the crisis from a position of strength, with confidence in our balance sheet and focus on our strategic priorities.”

Donald Brown, senior investment manager at Brewin Dolphin, commented on the results. He said: “RBS had gone a long way down the road to recovery following the last major crisis, but the economic impact of Covid-19 has set it back a few steps. The bank has put aside £802 million to cover the potential cost of bad debts; profits have been put under pressure; and it is scrapping its digital Bó brand – only recently launched, it was likely ill-fated from the outset in a highly competitive online environment.

“It is worth noting, however, that RBS is a very different bank to what it was in 2008: its capital position is relatively strong, it has good liquidity headroom, and a rigorous cost-cutting programme has removed unwieldy complexity.

“Nevertheless, the health of the wider UK economy is going to dictate RBS’s prospects over the next year and that is reflected in the current share price, which remains overshadowed by the government’s 62% stake. Recent market movements have ensured that any further reduction remains highly unlikely. ”