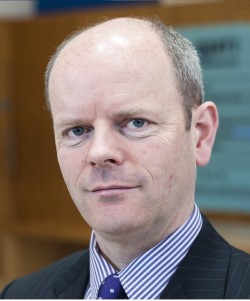 The October 2022 Football Distress Survey, which has been conducted for over a decade by business recovery specialist Begbies Traynor, indicates that there has been a 50% rise in Scottish clubs showing signs of distress compared with March 2022.

A total of nine clubs in Scotland (12.5%) are showing signs of financial distress, three more than in March 2022 and one more than in October 2021 when Covid relief measures had temporarily eased pressure on club finances.

The levels of distress are still significantly lower than in the English Football League, where 31 of the 72 clubs (43%) are displaying symptoms of financial difficulty, down from 32 in March.

The Scottish Championship saw the highest levels of distress, with four clubs showing signs of hardship compared with no distressed clubs in March 2022 and just one a year ago, prompting concerns that clubs are taking more financial risks to get promoted, or to avoid relegation from the top tier of Scottish football.

Ken Pattullo, who leads Begbies Traynor in Scotland, said: “The financial prize of the Scottish Premiership gates and TV deals, which although only a fraction of those in the Premier League, do still dwarf the revenues of the lower Scottish divisions.

“Historically Scottish clubs have in recent years been better at managing finances than English ones, but there is evidence that the uplift in revenues that comes with the Scottish Premiership is starting to tempt clubs to spend more on the pitch in an attempt to secure these bigger revenue streams.”

“The introduction of Covid relief measures and the enterprising good management of clubs saw distress levels here hit an all-time low in March this year, but the benefits of these measures now seem to be behind us and clubs are seeing increasing pressure on finances just as fans face a looming cost of living crisis.”

He added: “Clubs are looking ahead to long winter nights with high power and fuel costs, right at the point when fans’ own domestic bills are rocketing and forcing them to make tough choices as the cost of living squeezes discretionary spend.

“Even season ticket holders will have to think twice about travel costs, parking and food and drink spending, but it’s inevitable that families facing rising inflation in every aspect of their household budgets will impact the sale of match day tickets to travelling and non-season ticket fans this winter.”