The Scottish National Investment Bank (SNIB) has committed £30 million of funding for the expansion of Aberdeen Harbour, the largest marine infrastructure project in the UK. 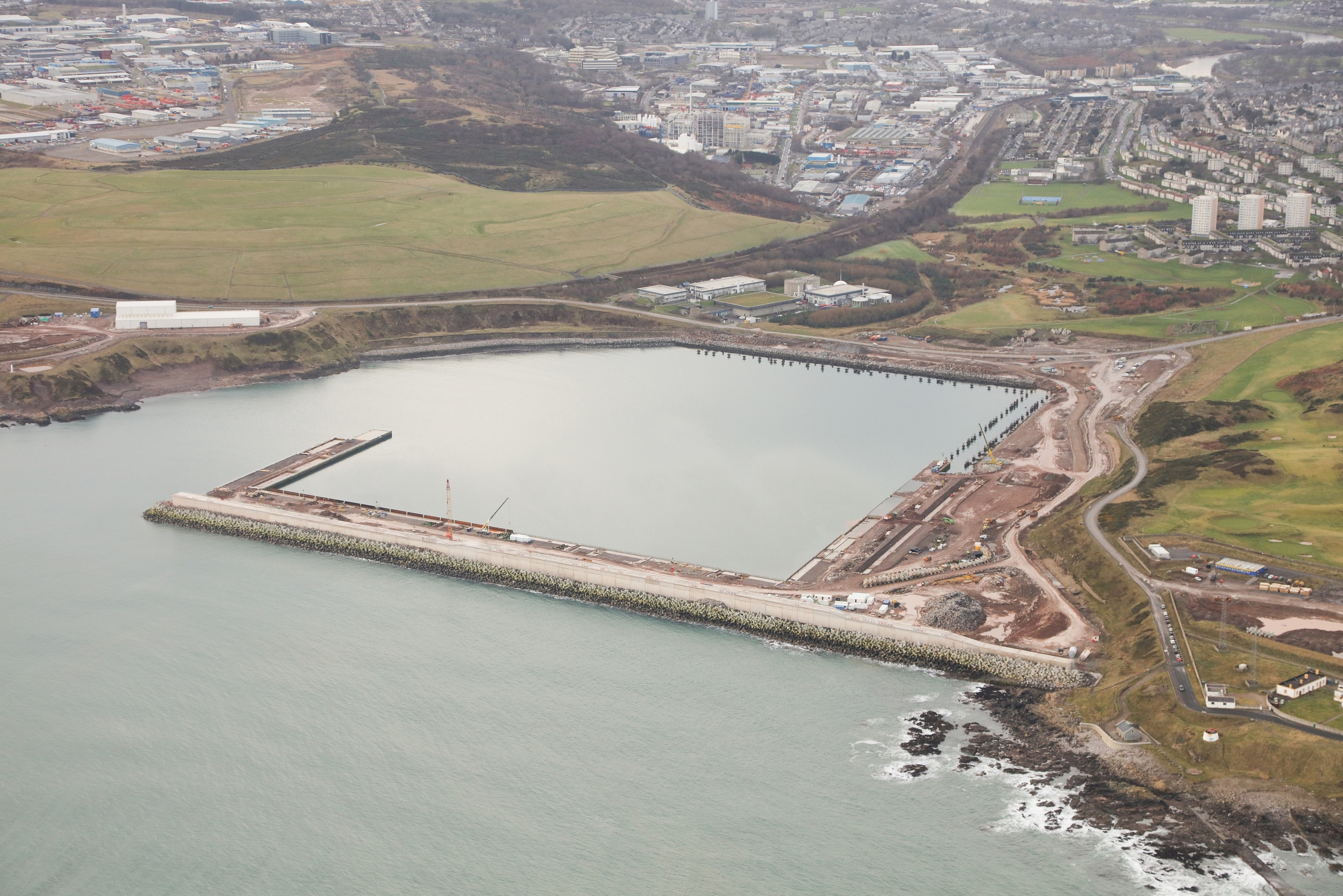 Just months from being operational, the Bank’s loan will strengthen Aberdeen’s position as a key port hub for the UK’s large scale energy transition efforts. The expanded facility will provide greater land and water access for offshore wind developers.

The increased capacity will also play a vital role in delivering the supply chain benefits of the recently announced ScotWind leasing round, supporting the Bank’s mission to achieve a just transition to net-zero.

Aberdeen’s Energy Transition Zone (ETZ) will be located adjacent to the South Harbour development. Together they will create a critical mass of offshore engineering experience to drive transition and maintain north-east Scotland as a centre of energy excellence, in line with the Bank’s mission to extend equality of opportunity through improving places.

Eilidh Mactaggart, CEO of the Scottish National Investment Bank, said: “The Bank is delighted to invest in Aberdeen Harbour and a project strongly aligned with its net zero and place missions.

“The South Harbour project is a critical platform for the just transition in Scotland, delivering a high-specification facility which will shape industry in Aberdeen for decades to come and provide valuable space, as well as water access, for both offshore wind supply chain providers and offshore wind developers.”

The expanded port has been designed to accommodate larger, wider, and deeper vessels, while providing land-side facilities for the expansion of the offshore wind industry.

The new facility will ensure Scotland remains at the forefront of international marine and offshore innovation for decades to come.

Bob Sanguinetti, chief executive of Aberdeen Harbour Board, added: “The Scottish National Investment Bank has recognised the value and importance of the expanded Aberdeen Harbour as a critical asset in the future of Scotland’s industries, and we would like to thank them for their commitment to the project.

“The port will provide customers and port users with scalable and flexible infrastructure, making it ideal for space-intense industries such as offshore wind, decommissioning, cargo and cruise.

“We are months away from opening our South Harbour expansion and look forward to beginning operational trials in the port at the end of the summer.”

The project is also funded by the European Investment Bank, Scottish Enterprise, and the Aberdeen City Deal. As a Trust Port, Aberdeen Harbour is fully independent and run by a Board for the benefit of its stakeholders, with all profits being reinvested back into the business.