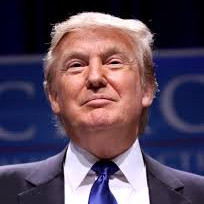 Donald Trump and his accounting firm Mazars USA, have been forced to hand over key financial records to lawmakers as part of a three years investigation into his disclosures and conflicts of interest.

Carolyn Maloney, chair of the House Oversight Committee, said: “After numerous court victories, I am pleased that my Committee has now reached an agreement to obtain key financial documents that former President Trump fought for years to hide from Congress,”

The agreement follows a 2019 subpoena for financial records to his accounting firm Mazars USA, which, according to Congresswoman Maloney, will help the committee “get to the bottom of former President Trump’s egregious conduct and ensure that future presidents do not abuse their position of power for personal gain.”

Mr Trump has agreed not to challenge an appeals court ruling from July that granted the committee access to documents under the scope of the subpoena, holding that the former president’s financial records would “advance the committee’s consideration of ethics reform legislation” – including proposed rules related to disclosing conflicts of interests and establishing safeguards against foreign interference.

The notice from Mr Trump’s legal team filed on 30 August does not reveal the terms of the agreement, only that attorneys have reached a deal, The Independent reports.

The agreement does not affect a separate congressional probe between Mr Trump and the House Ways and Means Committee, which is seeking tax returns from the Internal Revenue Service. Mr Trump has fought that case, too, however, a federal appeals court said in August that he must hand them over.

In March 2019, the committee sent a letter to Mazars seeking records related to the allegations raised in testimony, and a subpoena was issued the following month, triggering a three-year legal battle between lawmakers and Mr Trump’s attorneys.