Tweed Wealth Management has touched down on a recruitment strategy to identify former rugby stars to be trained as high-performance financial planners for their fast-expanding business. 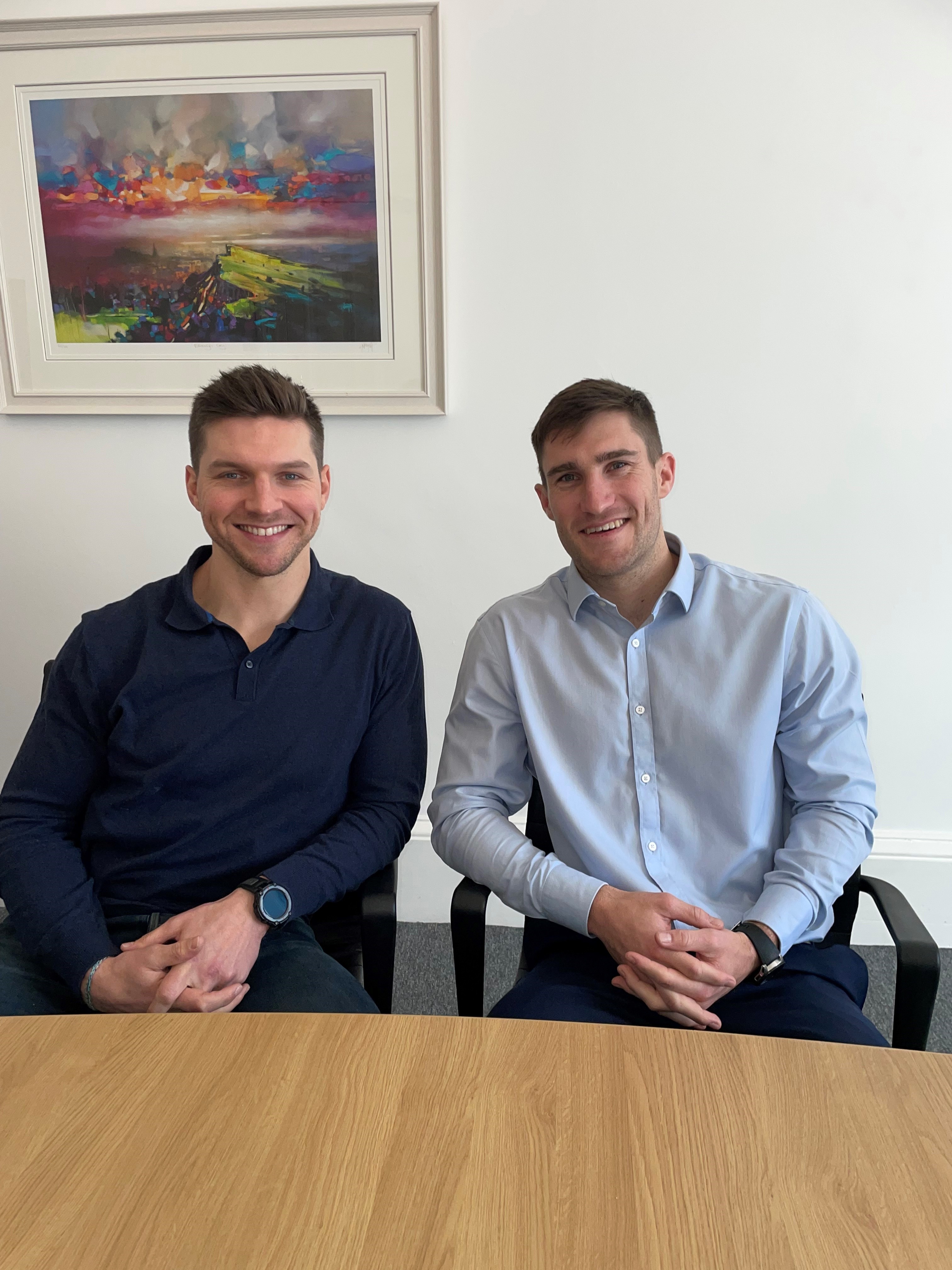 The Edinburgh-based company now has three ex-professional rugby players on their team sheet – a winning combination which is contributing to the ongoing success of the business.

Former London Welsh and Ulster Rugby scrum half Paul Rowley was the first to pull on the Tweed colours in 2017 after graduating from the St. James’s Place Financial Adviser Academy and he is now a well established and respected Senior Financial Planner.

He was followed in 2018, again from St. James’s Place Financial Adviser Academy, by Michael Allen who made his professional debut for Ulster in 2011 before switching to Edinburgh in 2015. A versatile and speedy back who was capped for Ireland at under 18 and 19 level and emerging Ireland in two Nations Cups. Mr Allen hung up his boots at 26 in 2017 to pursue a career away from the pitch. Michael has gained a significant amount of client experience in his four years with the firm and has made strong progress towards obtaining Chartered Financial Planner status.

Completing the pack is Jason Baggott who started his fly-half career with the Southern Kings in his South African homeland before moving to the UK in 2015 where he spent the remainder of his playing days with Edinburgh Rugby.

Alongside his rugby career, Mr Baggott completed an Economics and Finance degree at Heriot-Watt University before enrolling onto the St. James’s Place Financial Adviser Academy, then converting to a future at Tweed Wealth Management.

Tweed Wealth Management co-founder and managing director, Alison Welsh, said the rugby playing trio have been a welcome addition to the practice – whose motto is “T is for Team”.

She said: “We’ve found that ex-professional sportspeople, and certainly rugby players, are a great fit for a career in wealth management and we are delighted at how all three are progressing with their individual careers and adding to the professionalism of our business.

“It may be that sports professionals are used to playing in a team and they are the type of people who can readily listen and take on advice, while being competitive and wanting to improve all the time. 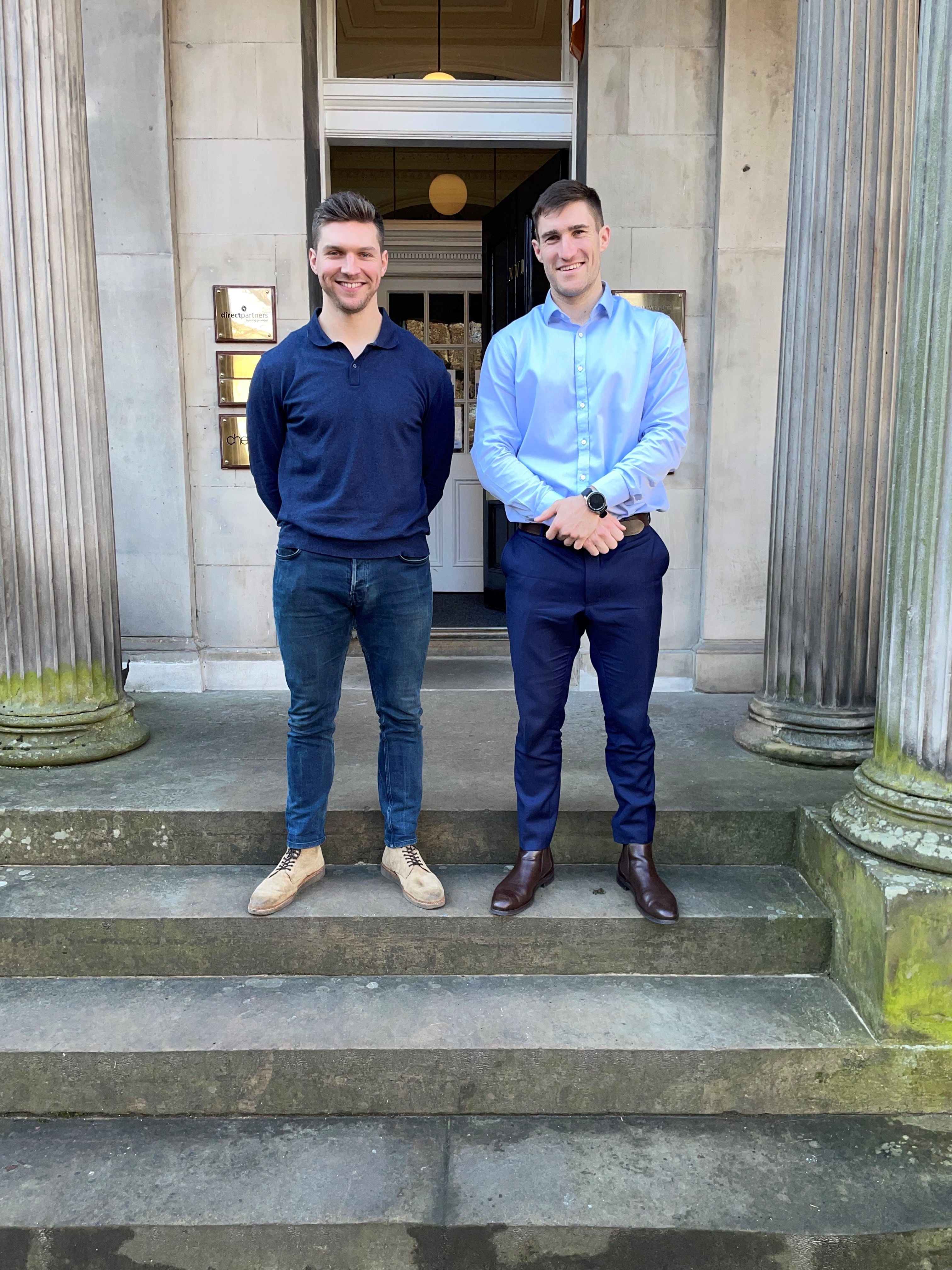 “They all work hard and are dedicated to carving out a successful career in finance and we are fortunate to have them on board. Having played professionally and at a high level, Paul, Mike and Jason know that they have to put in the hard yards to get the rewards and there is no doubting their commitment.”

Jason Baggott added: “As a fly-half on the rugby pitch, it’s absolutely key to manage the game and communicate with your teammates, that’s an invaluable skill I’ve been able to transfer into the world of finance. Good communication with clients and colleagues is an absolute must.

“Rugby players show complete commitment to their trade, so the work ethic of a rugby player and that of a financial adviser is really similar - it’s about being fully committed to doing the best possible work.

“Professional rugby isn’t financially sustainable and it’s a short career. I felt like making the career switch in my mid 20’s was the sensible decision instead of wondering what to do when I retire. I still play rugby part time and absolutely love the game but it was the right time to make the move.”

Mr Baggott aims to become a fully chartered financial planner within the next two years and longer term is looking to work in a senior account planner role within Tweed Wealth Management.

He commented: “The dedication the three ex-players had to have to compete at the highest level I’m sure was a helpful factor in their studies and is a trait that will stay with them for life, as well as a focus to want to continue to improve and grow.

“The ethos in rugby is to respect your team, your opponent, and the referee – These core rugby values are embedded in these athletes well after their playing days.” And as more rugby players need financial advice, who better to give it than those who have walked in the same shoes as current players.”

Alison Welsh added: “When Paul joined us in 2017, he had worked for a short spell as a sole trader but he soon realised he wanted to be part of a bigger team. As soon as we met him, we knew he would be a great fit for us and he has proved his worth and is an integral part of our financial planning offering.

“Mike had gone into professional rugby straight from school, missing out university, but since leaving rugby he has made massive strides in working toward achieving Chartered Financial Planner status with the Chartered Insurance Institute.

“Jason joined us just four months ago and he has shown from the off that he has the same competitive spirit to do very well in this profession and follow the lead of his rugby colleagues.”

Alison revealed the firm has also recruited three paraplanners since the start of 2022 and Tweed Wealth Management will make further appointments in the months ahead.

She added: “We are always looking for good people to join us and one of our core values is to introduce new people to the profession who perhaps don’t have the recognised contacts, networks or associated skills. It is more down to if we like the person, and can see they are driven and will do well, and we have the infrastructure in place to provide the training and mentoring that will make them a success.”