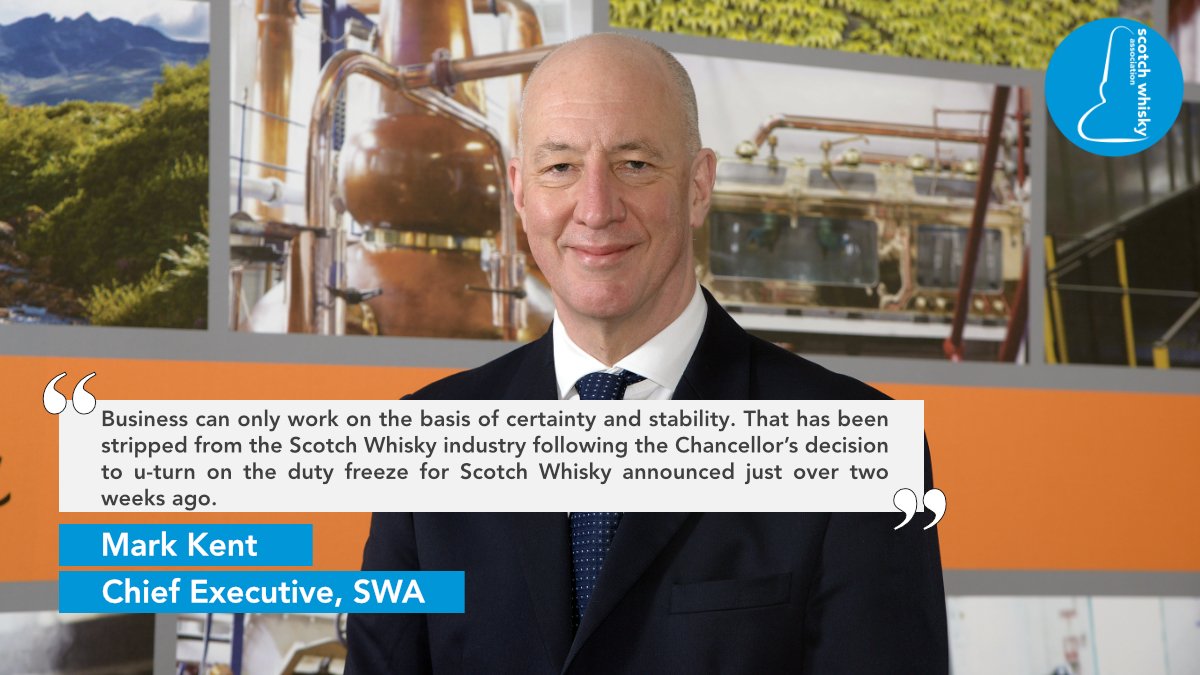 Whisky distillers have cried out against one of the government’s fiscal U-turns announced on Monday reversing of the freeze on alcohol duty.

Commenting on the reversal of the UK alcohol duty freeze Mark Kent, chief executive of the Scotch Whisky Association, said: “Business can only work on the basis of certainty and stability. That has been stripped from the Scotch Whisky industry following the Chancellor’s decision to u-turn on the duty freeze for Scotch Whisky announced just over two weeks ago.

“Time after time, duty freezes on spirits have increased government revenue contrary to what the Treasury’s forecasts have predicted. The industry has been an economic anchor, even in times of volatility.

“With the average priced bottle of Scotch Whisky already taxed at 70%, a double-digit rise in spirits duty will now seriously reduce the industry’s ability to support the UK economy through investment, job creation and rising revenue to the Treasury. It will add to pressures in the UK hospitality industry and household budgets as costs inevitably increase.

“Distillers are facing increasing economic headwinds and rising costs, the duty freeze offered much needed support. We urgently need that commitment to be reinstated.”