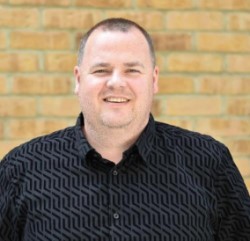 ASC Finance for Business, a national broker franchise network, has expanded with two new Scottish offices in Edinburgh and Perth.

The offices are fully open and will be run by new director Steven Downie, who has taken over the office from Alison Hunter, who has been managing the firm’s Scottish operations for the last decade.

Steven Downie has many years of experience in the finance world, before opening his ASC offices he was the operations manager for a company offering mortgages, protection and Estate planning. He has a solid background on developing processes, standards, introducer relationships, BDM relationships and was twice nominated as Broker of the year in Scotland in 2018 and 2019. Mr Downie has been highly successful at placing large Buy-to-Let portfolios and is known for taking an ‘out of the box’ view at financing scenarios.

In his personal life, Mr Downie is a single dad raising his 11-year-old daughter alongside his 1- year-old Red Fox Labrador, Cooper. Steven used to be a Swimming and Driving instructor in his early days, and enjoys travelling throughout the USA, and watching his beloved San Francisco 49ers in the NFL. Steven is already planning his next holiday to sunny Florida.

Mr Downie is now fully set up and ready to support all the businesses in the Scotland region to secure finance for their businesses, whether that is commercial or business finance, property development or any type of finance. He will be seeing clients in his offices in Edinburgh and Perth.