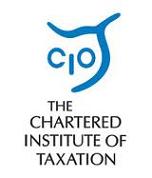 Revenue Scotland should have powers to waive a second homes tax in exceptional circumstances and the time available for eligible house buyers to claim a tax rebate when they buy a new main home but their old one is still on the market should be doubled.

They are among suggestions put forward by the Chartered Institute of Taxation (CIOT) in its response to a Scottish Government consultation on plans to reform the Land and Buildings Transaction Tax (LBTT) Additional Dwelling Supplement (ADS).

ADS was introduced in 2016 as a way of making it more expensive for taxpayers to own more than one property, such as buy-to-let or second homes. It is paid in addition to standard LBTT and is charged at 4% of the total selling price.

But the way it currently operates means that some taxpayers are being charged ADS, despite it being clear that they are not accumulating additional properties.

The CIOT highlighted a recent tribunal case involving an army doctor who was required to pay a £22,000 ADS charge because he had been posted overseas by the military and was unable to demonstrate that he had lived in his previous main home prior to buying a new one.

The Institute has also highlighted cases involving divorce or separation, warning that the way ADS rules are applied could make it harder for one partner to buy a new property while retaining an ownership in the home they have left because the extra tax involved may make a purchase prohibitive.

To address this, the CIOT has recommended that Scottish ministers consider mirroring an HMRC power that allows any extra tax owed to be waived in special circumstances. This power might be particularly useful in cases of divorce or separation involving children or domestic violence.

The CIOT has also recommended ministers double the time that house buyers have to sell their old main residence after buying a new one, from 18 months to three years.

This would bring Scottish legislation into line with England and Wales and make permanent a temporary measure introduced in Scotland at the start of the coronavirus pandemic.

Currently, if someone was to buy a new home at the average Scottish house price of £180,485 (as of December 2021) but was then unable to sell their old one within 18 months, they would be required to pay an additional £7,219 in ADS in addition to the standard £709 LBTT charge.

In 2020/21, around a fifth of residential property transactions where ADS was due involved the buyer indicating an intention to reclaim the extra tax paid6.

John Cullinane, CIOT director of public policy, said: “ADS was intended to be paid by those buying second homes and to discourage the accumulation of property, but the way the law has been written has meant that some taxpayers may find themselves liable for an extra tax charge they hadn’t been expecting.

“The recent tribunal case involving a military doctor who was unable to demonstrate that he met the criteria for claiming a refund of ADS suggests that it would be helpful if there was greater flexibility and discretion in the way the law is applied so that exceptional circumstances can be taken into consideration.

“It is also unlikely to open the floodgates to repayment claims and a loss of revenue given that each case would need to be considered on its individual merits, rather than a one-size-fits all approach.”

On extending the time available for buyers to complete the sale of their old property and claim an ADS refund, John Cullinane added: “The current 18-month timeframe is unlikely to provide a sufficient window in all circumstances for a taxpayer to buy a new home and then sell their old one.

“It is less generous than the rules that exist in other parts of the UK and that in turn could lead to confusion and uncertainty when cross-border chains of property sales are involved.

“Having a consistent approach would help to provide taxpayers with greater certainty and lessen their chances of being caught out by a tax charge they may not have been expecting when they set out to buy a new home.”