The Financial Reporting Council (FRC) has today announced a major shakeup of its oversight and supervisory functions to speed up the pace of enforcement investigations. 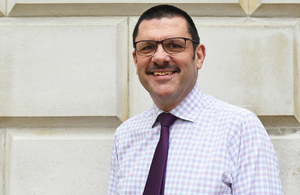 The regulator is also broadening its stated purpose which is to serve the public interest by setting high standards of corporate governance and by holding to account those responsible for meeting them.

The strategy for 2020/21 will see the FRC make further progress in its transition to a new regulatory body proposed by last year’s independent review of the FRC.

To meet the requirements of the independent review, the FRC will recruit over 100 additional employees and streamline its decision-making processes. This will result in an increase in levies from £41.7 million to £47.2m. Details are set out in the FRC draft plan and budget published for consultation today.

The consultation on the plan and budget will run until 28th February 2020.

Ahead of wider legislative reform, the FRC plans to speed up the investigation and conclusion of Enforcement cases by increasing the number of lawyers and forensic accountants and strengthening its case examination function to fast-track decisions on whether to open an Enforcement case.

To improve coverage, the number of Audit Quality and Corporate Reporting Reviews is set to increase by 25%, while Audit Firm monitoring will be further expanded from the Big 4 to challenger firms.

Oversight of Recognised Supervisory Bodies for Audit will also be increased, and initial steps taken on auditor registration governance again as recommended in the independent review.

Sir Jonathan Thompson, FRC CEO, said: “The strategy builds a bolder, more forceful regulator that will act with pace in supervising and holding companies to account. Ahead of the FRC’s transition into the Audit, Reporting and Governance Authority (ARGA) I am determined we use our powers to the fullest, to respond to corporate governance challenges.

“The failure of a major company has significant impact, not just for investors, but for employees and communities. The public has a major interest in the health of companies which is why we plan to serve that public interest by using our powers to the fullest within our existing regulatory scope.”