The first-ever Unlocking Ambition Community Showcase has been held in Glasgow to celebrate the achievements of alumni from one of Scotland’s flagship business growth and leadership programmes, delivered by Scottish Enterprise. 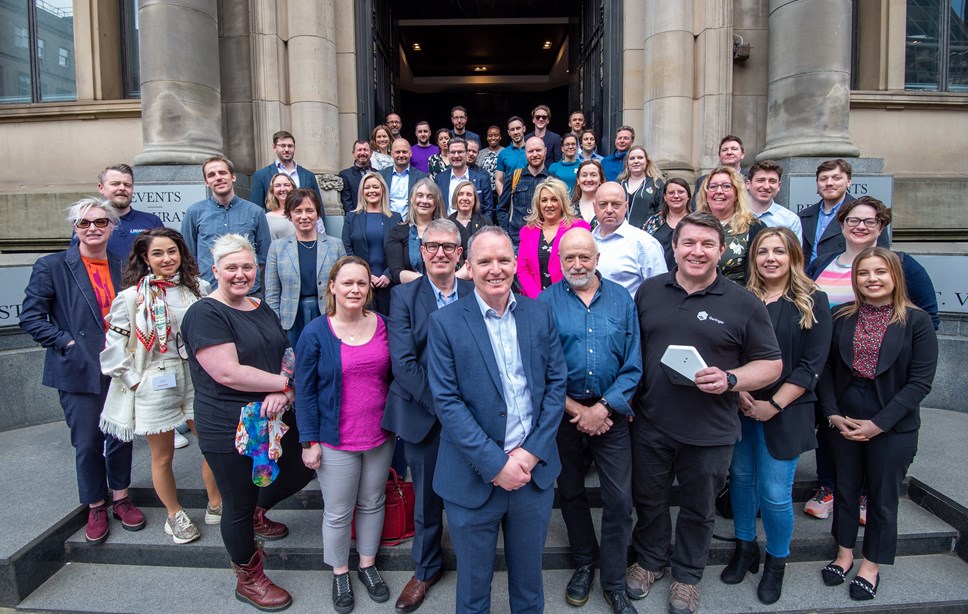 The event – which was attended by 75 entrepreneurs, Scottish Enterprise chief executive Adrian Gillespie, members of the GlobalScot network and representatives from a host of partner organisations – also marked the graduation of the third cohort after eight months of intensive entrepreneurial mentoring and education, who now join the wider alumni peer support community.

Adrian Gillespie said: “It’s not often you get the opportunity to bring together so much entrepreneurial talent under one roof, so this event is really special. Everyone is pulling in the same direction – to make Scotland a world-class entrepreneurial nation.

“The sense of community among our Unlocking Ambition alumni is fantastic to see. They have the passion, energy and drive to scale and grow their companies in ways that will deliver real economic impact for Scotland’s people and communities, and they’re supporting one another along the way. That invaluable peer-to-peer support is one of the things that makes this programme so unique.”

“The Unlocking Ambition programme has already seen young exciting, innovative business leaders drive and expand their companies and the programme has now delivered a further cohort with the potential to create investment and jobs in Scotland. I would like to congratulate all those who have graduated and send them my best wishes for the future, I look forward to hearing about their achievements to come.”

Third cohort graduates are comprised of 36 entrepreneurs from 30 companies. As announced last month, they have forecast £24.4m of investment and the safeguarding/creation of 552 jobs over the next three years.

They include Kathrina Skinner, founder of Waire Health in Edinburgh, which has developed wearable patient vital signs monitors including new a Covid-19-specific product; Darren Nicol of Aberdeenshire, whose online talent platform Nudge is matching oil and gas professionals to new jobs in the renewables sector; and Sonja Mitchell, founder of Jump Ship Brewing in Edinburgh, which won ‘Best Non-alcoholic Beer’ at the World Beer Awards and has begun exporting to overseas markets.

Modest estimates suggest that since the programme launched in 2018, Unlocking Ambition companies have cumulatively generated £42m of new direct investment. Now a thriving community of entrepreneurs, who continue to offer guidance and expertise to one another, it has grown to 140 individuals representing 106 companies the length and breadth of Scotland, from 8 Doors Distillery in Thurso to Thistle Rocketry in Tweedbank.

Notable success stories include Talking Medicines, which is expanding into the US and recently completed another £1.5m funding round with Scottish Enterprise among co-investors; and Solariskit which recently won the top net zero award from Scottish EDGE and has moved into Dundee’s Michelin Scotland Innovation Parc. MiAlgae is another Unlocking Ambition company that Scottish Enterprise has gone on to invest in, and the company has completed several funding rounds to aid its rapid growth.

The Unlocking Ambition programme is supported by partners including the Scottish Government, Entrepreneurial Scotland, FutureX, Elevator, GlobalScot, Highlands and Islands Enterprise and South of Scotland Enterprise.