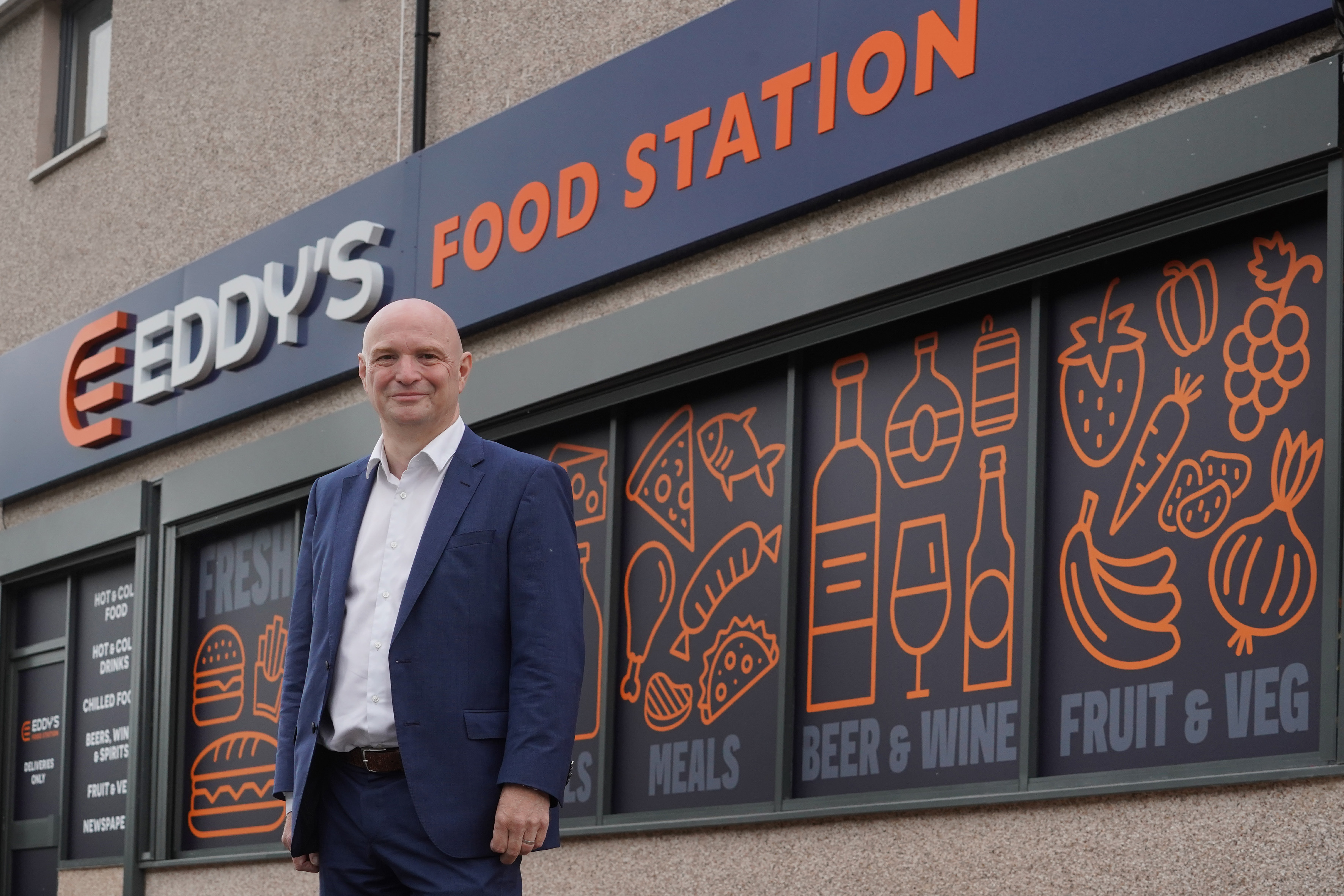 The first of 30 new convenience stores, Eddy’s Food Station, opened yesterday creating 14 new jobs in Alloa, with a further 500 roles across central Scotland over the next five years.

Alloa, Clackmannanshire is the first flagship of a new chain of Eddy’s Food Station stores, the newest venture from Stephen Thompson, former CEO and co-founder of Morning, Noon & Night.

Already well known within the retail industry Stephen Thompson is the son of, and worked alongside Eddie Thompson, co-founder of convenience store chain Morning, Noon & Night. One of the most significant retail deals in Scotland saw the chain of 50 stores sold for £30 million in 2004.

The launch of Eddy’s Food Station marks Stephen’s return to retail following his role as Chairman of Dundee United Football Club from 2008 to 2018.

The Alloa store is the first of many, with plans to launch a further 30 in the next five years, a combination of new sites and the conversion of existing convenience store locations in Eddy’s Food Stations.

Stephen Thompson said: “This venture is an extremely exciting first leg of a long journey for Eddy’s Food Station. The retail industry is an industry I know and love. It’s an avenue I’ve always wanted to return to and I couldn’t be happier that it’s finally happening. We’re investing heavily in resources and research into our offering and services at each Eddy’s Food Station.

“We’re passionate about giving our customers an unrivalled, superior experience and are taking this opportunity to shake up the market, creating a space that combines convenience and quality that goes above and beyond customer expectations. Our employees are fully equipped with information and positivity, implementing an environment that will give customers the best possible experience and create a sense of community.”

Dr. John Lee, head of public affairs at Scottish Grocers’ Federation, added: “We are delighted to support the launch of Eddy’s Food Station. The development of a new group of convenience stores is an indication of how strong the convenience sector is and how popular the convenience channel is with customers. This is a very impressive level of investment which will create significant new jobs and provide valuable services to our communities. We wish Eddy’s Food Station every success.”

John Richardson, head of food service at Eddy’s Food Station, commented: “Eddy’s Food Station stores aim is to surpass customers’ expectations from their local shop, as the offering goes far beyond basic, day-to-day supplies. In addition to a wide range of groceries our point of difference will be a high-quality, Scottish, daily takeaway menu of hot and cold fresh foods, from filled rolls, to hot pizza slices, there are options for every meal.”

Partnering with a number of Scottish food wholesalers, Eddy’s provide customers with products tailored to the Scottish market. As the chain expands, the team are eager to work with further local food and drinks producers to enhance their top tier offering.

Stephen Thompson cconcluded: “The name Eddy’s Food Station is a nod to my father and his successes in the industry. I’m thrilled to be following in his footsteps with this new venture and look forward to embracing the journey ahead as the Eddy’s Food Station network grows. We will continue to scope out further sites for future stores in more central and convenient locations.”