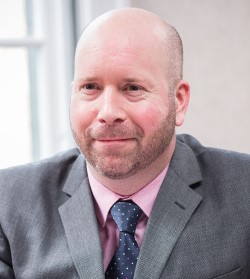 Iain Masterton, head of VAT at accountants Chiene + Tait, discusses the complications a No Deal Brexit will create for UK businesses.

As the global economy continues to grapple with the huge challenges presented by the impact of Covid-19, here in the UK we face the additional threat which has, in recent months, been relatively low profile due to the media dominance of the pandemic.

Brexit is still happening at the end of this year and, given the current the lack of progress in trade talks between the UK Government and the EU, we appear to be on course for a No Deal departure. While the optimist in me believes there is always a chance that an 11th-hour trade agreement can be reached before 31 December, as each day passes this scenario is looking increasing unlikely.

The vast majority of UK companies believe a No Deal Brexit is bad news for business and earlier this summer the CBI claimed it would be ‘major block’ to UK’s recovery. The UK business organisation also warned that many companies didn’t have sufficient time and resources to suitably prepare for Brexit, with one in five saying they were less prepared than in January due to coronavirus disruption.

Our Government is however determined to push on with its timetable so, like it or not, UK businesses which trade with suppliers and customers in EU member states will need to find some extra capacity to ensure they are ready.

A No Deal departure would see controls placed on the movement of goods between the UK and the EU for the first time since we the Single European Act came into force in 1993.

Earlier this summer, the UK Government released a border operating model following engagement with businesses. The 206-page document is designed to give guidance to industries on how border issues will work after the transition period ends on 31 December as well as the actions that traders, hauliers, ports and carriers need to take. This has been broken this down into three timed phases, covering up until 1 July 2021, to assist businesses in planning and preparation.

UK firms will need to adopt different customs procedures and, where applicable, ensure they have international driving permits in place for any vehicles travelling outside the UK from the end of 2020. All UK companies that are importing into or exporting from the EU will also be required to apply for a GB Economic Operator Registration and Identification (EORI) number.

Such companies are also advised to consider taking on a customs intermediary to help them manage the potential of new bureaucratic requirements when submitting the required declarations, such as customs information, to HMRC. While this can be managed internally, using an intermediary can significantly simplify the process and allow companies to focus on their core business.

VAT payments will also be significantly affected. UK businesses dealing within the EU must prepare to pay or account for VAT on imported goods. These companies will likely benefit from having a duty deferment account which enables charges, such as Customs Duty, to be paid on a monthly basis rather than on each individual consignment.  The Government is going to allow businesses to account for and recover import VAT on their VAT returns which will be a useful cash flow saving measure for all imports, not just those from the EU.

As many companies are trying to recover from the significant disruption of the last six months, there may be little time or resources available to prepare for the prospect of a No Deal Brexit. However, with 31 December fast approaching and current UK/EU negotiations floundering, businesses that want to safeguard existing markets and supply chains are left with little choice.