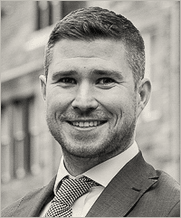 Kieran Smith, an associate at Thompsons Solicitors, reveals why group action against Link Fund Solutions, in their role as manager of the Woodford Equity Income Fund (WEIF), is the only way to see justice done.

The Woodford Equity Income Fund (WEIF) was the flagship fund of the larger Woodford Fund portfolio managed by former investment guru, Neil Woodford. While the WEIF was run by Woodford and his team, it was managed and supervised by Link Fund Solutions. Link was ultimately responsible for protecting investors and ensuring that Woodford and his fund managers invested savings in accordance with the funds’ guidelines and rules.

Following a series of significant losses resulting from bets on risky, illiquid stocks, the fund was suspended in June 2019 and eventually wound up in October 2019. The FCA announced that it would be investigating why the funds collapsed and, perhaps more importantly, Link’s role in that.

You would be forgiven for thinking that 300,000 investors losing an estimated £1 billion of their hard earned savings, due to the negligence of a maverick trader, would be enough to finally prompt the Financial Conduct Authority (FCA) into action. Surely this would be the scandal that would finally spark much-needed change to the levels of transparency and accountability within the finance industry? Apparently not.

For two years investors have waited for answers. For two years they have delayed retirement in the hope of recouping some of their savings. Unfortunately, those answers, and any hope of recompense, remain some way off.

Following increasing pressure from MPS, the Chief Executive of the FCA issued what was intended as an update in May this year advising that any report would not be issued before the end of the year. No fixed timescale has been provided.

Those familiar with the finance industry, an industry that stumbles from one scandal to the next, are all too aware that the City watchdog has a reputation for dragging their heels when it comes to investigating high-profile, high-value cases. It seems the Woodford collapse is no different.

Neil Woodford had a growing reputation for making money which is why the established investment platforms, most notably Hargreaves Lansdowne, heavily promoted the WEIF to their users. So what went wrong?

The funds’ rules included a 10% limit on the number of unlisted securities which could be held. Woodford exceeded this and, when a number of investors sought to withdraw their funds due to growing concerns about Woodford’s conduct, the fund was unable to meet those redemption requests and was suspended.

To add insult to injury, there are suggestions that the FCA were aware of concerns about those running the Woodford Fund as early as 2015 and failed to take action.

Link has something of a reputation for a dereliction of duty. The firm, in its previous life as Capita Financial Services, oversaw the collapses of two other investment funds; Arch Cru (£32 million paid to investors as part of a settlement in 2012) and Connaught Income Fund Guaranteed (£66m paid to investors in 2017).

Despite Link being ordered to pay out by the FCA following the collapse of the Connaught Fund they somehow allowed the company and its directors to go on and oversee the £85m Woodford fund.

Investors feel cheated and have lost patience. It is no wonder then that many have sought legal advice. The Financial Mis-selling Unit at Thompsons Solicitors are the first and only firm north of the border progressing a group action on behalf of Woodford investors.

The FCA report may, or may not, shed light on exactly how Neil Woodford was able to continually breach his duty to his investors, under the noses of those monitoring him at Link, but the damage is done.

The most important thing now is to ensure that those affected see justice done and are fully compensated for their losses. A group action against Link Fund Solutions, in their role as manager of the Fund, is the only way to do that.