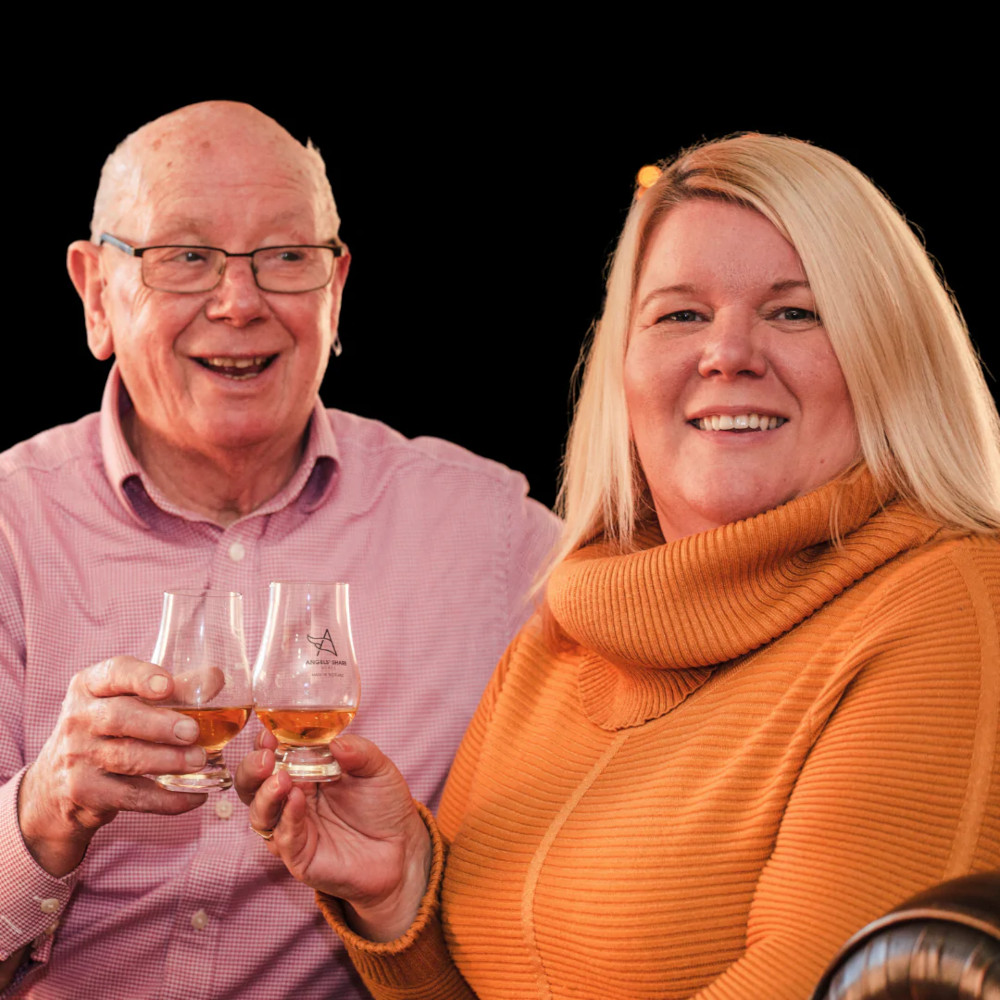 A Stirling glassmaking firm has secured a £500,000 order to supply its whisky-based gifts to duty free outlets across Asia.

The company, Angel’s Share Glass, has signed a three-year deal with Chinese importers Hainan Silverwing International to produce their giftware range – including the signature line of whisky-filled angels – for the Asian market.

It is the largest order to date for the family firm which marks its tenth anniversary next year.

The handmade gifts, which include glass angels, whisky water droppers, gin-filled glass pigs, spirits glasses and baubles, will be sold in World Duty Free shops at Asian airports from October this year.

Angels’ Share Glass managing director, Karen Somerville, said: “This is a massive order for us and a fantastic opportunity which will secure our future for the next three years and beyond.

“It’s amazing to think that our Whisky Angels and other gifts will be sold in airports across China, Hong Kong, Malaysia, Thailand and many more Asian countries.

Ms Somerville continued: “We had actually been focusing on North America this year following a successful trade mission to New York which led to a large order from a high-profile Manhattan hospitality venue.

“We also recently shipped some of our giftware to Japan following the virtual ‘Discover Scotland’ showcase but China wasn’t on our radar at all and the order was an unexpected bonus after a Scottish customer recommended us to their importer, Bardinet Group Europe, who initially contacted us.

“We’re delighted to be able to promote the Angels’ Share Glass brand world-wide and see our gifts on airport shop shelves alongside great Scottish whisky brands like Glen Moray and Glenfiddich – all of us leading the way for Scotland and Scottish products.”

The deal has been welcomed by Scottish Development International (SDI), which supports the international growth of companies in Scotland.

Laura Suarez, Scotland manager for the consumer lifestyle sector SDI, said: “Scottish exporters have demonstrated enormous resilience over the past few years and it’s great to see Angels’ Share’s commitment to international market development paying off with the signing of its largest international order to date.

“The company’s agile approach has allowed it to capitalise on a significant opportunity in Asia and, thanks to our trade and in-market specialists, we were able to quickly connect them to the right support to get this project over the line.

“This deal is further evidence of the growing global demand for Scottish home, gift and lifestyle products and SDI – together with our partners – will continue to assist ambitious Scottish companies like Angels’ Share Glass to scale up and grow through international trade.”

Angels’ Share Glass will now upscale production by extending the hours of its glassmakers who work in the firm’s Bridge of Allan studio and at independent glassmaking workshops across Scotland.

They have also employed a Chinese student from the University of Stirling to focus on ensuring the giftware’s labelling is accurate and establishing the firm on critical Chinese social media channels such as WeChat.

Mrs Somerville added: “The import agreement will give us much more global reach but is not without its challenges such as hugely upscaling production during what is already a traditionally busy time for us as existing customers place large orders for the festive season.

“Packaging is also proving a logistical problem for many firms just now due to supply issues – however this is a major opportunity which we are looking forward to making the most of and I know everyone will pull together to ensure it is a real success.

“We’ve come a long way since start-up when we worked from a garden glassmaking studio and I’m incredibly proud of my team and all we have achieved in the past 10 years.”

They were inspired to bring the legend of the ‘Angels’ Share’ – which claims the small portion of a whisky’s volume lost to evaporation during ageing is taken by angels – to life by creating glass angels filled and sealed with a measure of Scotch whisky.

The signature product was followed by a range of high-quality gifts for spirits lovers including Gin Pigs based on the Victorian tradition of displaying gin in pig-shaped glass decanters and spirits glasses featuring the company’s distinctive wing and flame logo.