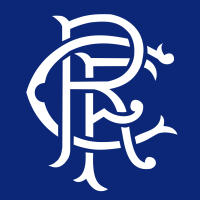 A further £3.1 million has been cut from the tax bill owed by the firm which formerly owned Rangers Football Club.

Sources in the financial sector told The Times that it appeared the bill was likely to be reduced further as liquidators said they were having “positive discussions” with HMRC.

An update to creditors by BDO, the accountancy firm handling the liquidation of RFC 2012, also revealed that a legal case against the former administrators of the business is moving forward with a hearing set for May.

Around £51m of the tax claim is being disputed by liquidators with the bulk of that relating to the use of employee benefit trusts (EBTs).

That EBTs issue, commonly known as the “Big Tax Case”, was perceived as a significant setback to Sir David Murray, the former chairman of Rangers, finding a buyer for the football club. Sir David eventually sold it for a token £1 to Craig Whyte in May 2011, who put the business into administration in February 2012.

Attempts by Duff & Phelps administrators to negotiate a company voluntary arrangement, which would have offered creditors some form of return on their debts, failed as HMRC, the largest creditor, voted against the plan.

This meant the business went into liquidation with the assets bought by a consortium led by Charles Green, a businessman, The Times reports.

HMRC had made an initial unpaid tax claim of £94.4m but that has been reduced in recent years and now stands at £64.5m.

The latest reduction was from a claim concerning National Insurance contributions and PAYE which were not paid during Mr Whyte’s ownership.

That bill was almost £13.4m but has been reduced to less than £10.3m. The liquidators agree that this sum and close to £3.1m for the separate small tax case, relating to payment arrangements for the players Craig Moore, Tore Andre Flo and Ronald de Boer, is due.

A total of £48.9m is still in dispute relating to EBTs, along with a further £1m for the small tax case and £1.3m of inheritance tax.

A spokesman for BDO said: “We have held a number of positive discussions with HMRC in the last few months. Both parties have agreed the next steps in seeking to resolve the remaining elements of the claim.”

One source from the financial sector suggested this meant that a further reduction in the tax bill was due, adding: “This looks like further good news for the liquidators. It would be unusual in negotiations with HMRC for the size of a bill to rise.”

The update from BDO also shows a further £1.7m was paid to HMRC in the 12 months to the end of October. So far the revenue has received close to £4.5m from the liquidators.

A spokesman for HMRC said: “The Supreme Court ruled in HMRC’s favour in the case against Rangers’ tax avoidance scheme.

“We continue to have a long-standing claim with the liquidators to recover the money due to taxpayers as a result of the [Supreme Court] judgment.”

BDO confirmed that it was pushing ahead with a legal case against the former administrators of Rangers with a hearing in the Court of Session scheduled for spring.

BDO added: “The joint liquidators had sought detailed explanations regarding certain aspects of the strategy implemented by the joint administrators during the administration.

“Given the highly sensitive nature of the proceedings at this stage, we are unable to provide any more detail in respect of the claim.”