PwC: One-third of Scots have less money in their current accounts thanks to coronavirus

One-third of Scots have less money in their current accounts since the COVID-19 lockdown came into effect, according to new research by PwC. 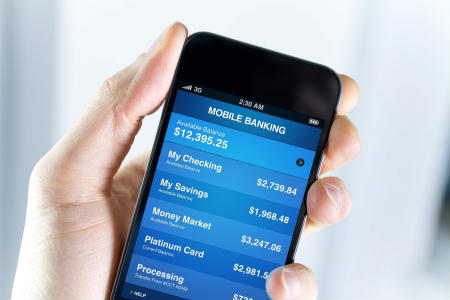 The data also highlighted that one-quarter of Scots (24.3%) have more in their current accounts, while 43% have the same.

PwC’s latest UK Economic Outlook also reveals that almost two-thirds of Scots believe the economy will perform worse in the next 12 months, while one-third believe their own financial situation will deteriorate.

Of those who said they had more money in their current accounts since lockdown, more than half cited no commuting costs, while eating out and socialising were also viewed as reasons for saving cash. The majority of respondents to the survey said they planned to save at least some of this additional money, before spending on home improvements, consumer electronics and new cars.

The survey found that across the UK more than a third (33%) of consumers expect their financial situation to worsen over the next 12 months, according to a new PwC survey. Poorer households have been hardest hit, with 38% of households with an income of below £20,000 having less money in the bank now than they did before the crisis.

The findings highlight the disproportionate impact of the crisis on the jobs and incomes of lower-income households, which are often more exposed to sectors under lockdown such as hospitality and retail.

Jing Teow, senior economist at PwC, said: “Increases in bank balances have likely been driven by less socialising, not having to commute, and savings from having meals at home. Households that have seen a boost to their bank balances could therefore have sizable amounts of unspent disposable incomes. Given that this could be about 12% of pre-COVID average weekly household spend, or around £70 per household per week, some ‘pent up’ consumer spending could be released once the lockdown is lifted.

“While this could take time to filter through, our survey shows that up to 36% of consumers are planning to spend some or all of the extra cash. The most popular categories of spend are for home improvements and household furnishings, arguably due to the increased amount of time spent at home due to the lockdown. Spending on holidays, cars and eating out are lower on the list of priorities, perhaps reflecting uncertainty as to when broader lockdown and travel restrictions are lifted.”

For those who have seen an increase in cash balances, younger age groups say that they are more likely to spend some or all of their extra cash. This is highest for the 18-24 age group (57%) and the 25-34 age group (44%).

This compares with only 24% of the 65+ age group. This could be explained by the fact that younger age groups are more likely to enjoy parental support for household and living costs, while older workers may choose to save more for retirement or may need to support other family members financially.

PwC expects a sharp drop in GDP in Q2 2020, perhaps by around 20-30%, driven by the unprecedented nature of the lockdown. However, output should recover relatively quickly as lockdowns are eased, followed by a more gradual pace of recovery as economic life slowly returns to normal. By the end of 2021, the level of GDP should be around 1.5% to 7% below pre-crisis trend levels, although other outcomes are clearly possible if the crisis lasts for longer.